The Problem in Israel

The tension between Israel and it's neighbours is greater than ever!

Israel is the only Jewish controlled state in the world, located just east of the Mediterranean Sea.
Palestinians, the Arab population that come from the land which Israel now controls, refer to the territory as Palestine,
and want to establish a state by that name on all or part of the same land.
The Israeli-Palestinian conflict is about who gets what land and how it's controlled. 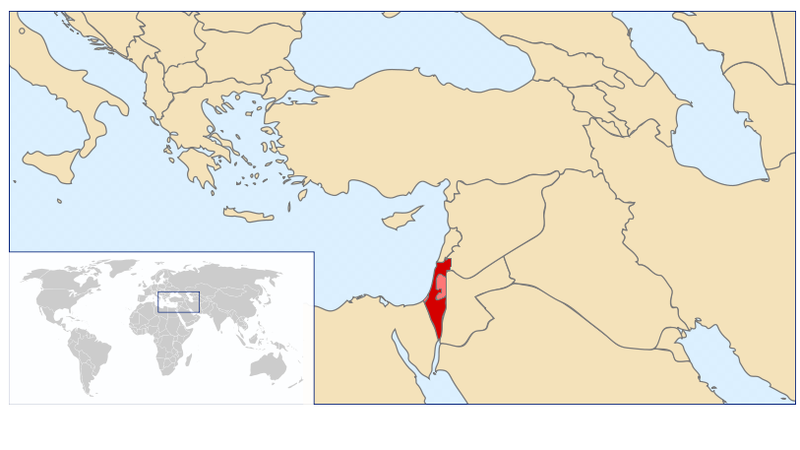 Though both Jews and Arab Muslims date their claims to the land back a couple thousand years, the current political conflict began in the early 20th century. Jews fleeing persecution in Europe wanted to establish a national homeland in what was then an Arab- and Muslim-majority territory in the Ottoman and later British Empire. The Arabs resisted, seeing the land as rightfully theirs. An early United Nations plan to give each group part of the land failed, and Israel and the surrounding Arab nations fought several wars over the territory. Today's lines largely reflect the outcomes of two of these wars, one waged in 1948 and another in 1967.
The 1967 war is particularly important for today's conflict, as it left Israel in control of the West Bank and Gaza Strip, two territories home to large Palestinian populations:> 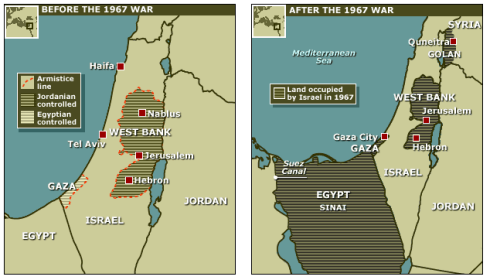